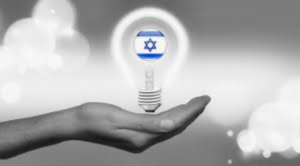 As an entrepreneur for over 25 years, I agree with Plaut when he says that when measuring the most renowned cities in the world for start-ups, you can be sure that Tel Aviv will be one of the first names to come up; but why exactly has the Israeli city garnered such a glittering reputation in the start-up community? Why does it seem to surpass its fellow middle eastern countries?

Israel has plenty of innovators and researchers and is pumping out new, innovative ideas and research at record speed. Yet, a lack of infrastructure inside Israel to trade amongst its small economy pushes the startup community to look outside the country to sell its products and services. This may be preventing the emergence of companies on a global scale.

The Israeli nation has 34 political parties, yet only two dominate the political system: the Likud (conservative) and the Labor (social democrats) parties. The reluctance of the two political parties to embrace capitalism as a populist platform compared to the quasi-socialist laws that exist today is baffling. Despite the stifling laws and monopoly of some industries in Israel, the start-up community within Israel continues to grow at a rate admired by the world.

Plaut separates the political hype from reality—economic liberalism is still strong in Israel.  The same people looking toward the Scandinavian democratic/socialist approach as a form of governance also own the high-tech companies within Israel.  There is not a political party, neither right nor left, that publicly favors greater privatization of government run agencies.  While all parties are superficially opposed to monopolies and cartels, not one will instill free market competition or put antitrust policies in place.  All the parties ran on a left-centered or far left socialist platform.  None of the parties are for privatizing state-owned lands, non-state-financed universities, expansion of school choice, or use of vouchers.  No party ran on a platform to seriously reduce the dimensions of the Israeli welfare state.  So, how can a moderately taxed, fast-growing economy sustain such laws? Plaut says it’s the rhetoric of the politicians—they say one thing to the public and do another in secret. Israeli Prime Minister Benjamin Netanyahu (of the Likud party) talks about the status quo and then tries to bring in competition to their ports to fight the unions.  The financial markets are at .025 percent short term lending rates (Trade Economic, 2019).

The Israeli government has taken a big interest in the innovation and entrepreneurship community. It spends more than any other developed country on research and development.  Partnerships between the country’s private and public sectors fuel experimentation and innovation.

One initiative taken by the Israeli government in 1991 was to set up a Technological Incubation Program. The program currently includes 24 incubators: 22 in technology, one in industrials, and one in biotech, and is mostly privatized through public initiatives.  Start-ups are incubated for two years with funding ranging from $500,000 to $800,000, only to be paid back once the start-up begins generating revenues (Israel Innovation Authority, 2019).

Why Does Entrepreneurship Succeed?

The amount of sheer innovation coming out of Israel is truly impressive. How and why the Israeli people became so innovative can be credited to the fact that they need such innovation in order to exist.  It serves as a survival mechanism, the fact that they are so flexible, so quick with ideas, so innovative.  That’s what keeps them alive here, not only financially but literally.  Built in the wake of the Holocaust, Israel declared its independence in 1948 and was attacked by five of its neighboring countries simultaneously. Innovation took on a whole new meaning as its role became akin to survival, making the difference for Israel between existence and obliteration. For Israelis, there is a real cultural understanding from a young age that they need to be quick and innovate in all areas of life.

The numbers of mergers and acquisitions happening in Israel is staggering. The Israeli cybertech start-up, Sygnia, was acquired by Singapore’s Temasek Holdings for an estimated $250 million.  The return for the Israeli-owned firm was over 50 times the initial investment.  Last year, Intel purchased an Israeli company called Mobileye—a pioneer in autonomous car technology—for $15.3 billion (Haaretz, 2019).

Tech start-ups may not be the first thing that comes to mind when many people think of Israel—the country’s political strife is what makes headlines—but Israel’s achievements in innovation and entrepreneurship are remarkable by any measure for a tiny, embattled nation of 8.8 million people that has only existed for 70 years.  Just look at Tel Aviv and its strong and mature start-up ecosystem, with easy access to many experienced angel investors, venture capital firms, mentors, and talent.  This ability to get much-needed cash for start-ups is a must in a small economy like Israel, and there is a good reason for why Tel Aviv is nicked name the Silicon Valley of the Middle East.

In the Tel Aviv tech scene, where sharing knowledge is considered the norm, all start-up entrepreneurs have adopted an open-door type of policy for the sharing of information.  Companies are able to easily get really great tips from seasoned techies and mentors.  This is the opposite of the United States, where all employees in the tech industry must sign a non-compete and non-disclosure contract before being hired.

Another important factor in Israel is that it has a young, diverse, and creative population.  It’s an inspiring place to live and work, with a talented pool of Universities offering a wealth of people to recruit from. Universities in the country produce plenty of research, much of which can be turned into viable and marketable products.  In that, Israel has plenty of experience: two out of the three oldest university-based technology transfer companies in the world are in Israel.  One is Yissum, which is owned by the Hebrew University of Jerusalem and in 1964 became the third tech transfer company ever to be set up.  The first one was in Wisconsin in the U.S. and the second was Yeda, at the Weizmann Institute (also in Israel).  Tech transfers allow investors to come into the University and purchase research at an early stage, and in return, the University gets a licensing agreement.  This helps to perpetuate the cycle of research, development, and money.

Despite its small population of only eight million, Israel is a global leader in the fields of science, technology, and innovation.  Known after the best-selling book as the “Start-Up Nation,” Israel continually ranks at the top of global business and technology rankings. It is ranked as first in the world for innovation capacity, first for business expenditure on research and development (R&D), and first for entrepreneurship, (IMF and WEF Global Competitiveness Index, 2018).

Although Plaut describes the two fractured government parties of Israel as having more of a Scandinavian type of socialist approach, the government of Israel nonetheless protects and even encourages innovation and entrepreneurship.  Israel has expended 4.38% of its GDP on R&D—the highest percentage in the world (Innovation for Growth, 2013).  By maintaining a strong scientific and technological infrastructure and leveraging the close links between academia, industry, and government, Israel produces innovation and technology well beyond what is expected of its tiny size. The way Israeli youth are trained to innovate for survival, the community spirit around entrepreneurship, the government cultivating innovation, and the financial ability to fund start-ups, are all reasons for why Israel is known as the “Start-Up Nation.”

Israeli Innovation Authority. (2019). Taking innovation to the next level. Retrieved from https://innovationisrael.org.il/en/