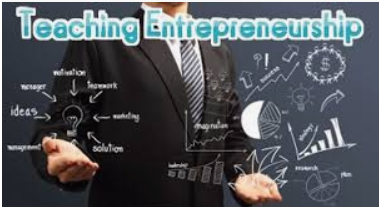 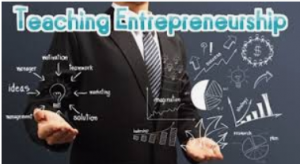 The other night, I was having dinner with some friends when someone asked me a typical American question: “What do you do for a living?”
“I’m a professor at a local university and teach entrepreneurship,” I replied, knowing the usual follow-up question that would come next: “Hasn’t Bill Gates (Microsoft), Steve Jobs (Apple), Mark Zuckerberg (Facebook), and Larry Page and Sergey Brin (Google), shown that you do not need to go to college to be a successful entrepreneur?”
There is a growing misconception that higher education is not needed for entrepreneurial success, but that is just not true. A Kauffman Foundation study revealed that over 90% of American tech company founders hold a bachelor’s degree, and those with MBA’s are able to start and build their companies faster.
For the passionate entrepreneur, educational programs (especially those using the case study method) offer a great place to start learning practical skills that can reduce the learning curve for running a company. Let’s look at four ways entrepreneurship education can help the aspiring entrepreneur:
1. Innovation Labs (i-lab) and Accelerators:
There’s certainly overlap between incubators and accelerators, but the big difference is in the stage of the start-up. An incubator is a place where pre-revenue start-ups go to learn about their business model and how to build a company. The accelerator in most cases is post-revenue, has a specific amount of time in the accelerator, and receives a certain amount of funding for equity in the company. They are more interested in creating growth with the assistance of investors and connections.
There are 243 i-labs and accelerators located within universities around America. The University I teach at is creating an i-lab, which is slated to open April 11, 2019, for students, faculty, and local start-ups. These i-labs and accelerator programs connect young entrepreneurs to real start-up resources such as business mentors, lawyers, marketing personnel, classes, accountants, access to investors, and much more. This type of immersive education in entrepreneurship is harder to come by when you are starting out on your own.
2. Experiential Leaning
It is imperative that when studying entrepreneurship, you choose a university or set of courses that are taught by professors with real experience in the start-up world. It is just as important that the class be an experiential learning class (which emphasizes “doing” by applying learned skills, instead of just learning from the textbook). While some believe that entrepreneurship is not an innate talent that people are born with (which is a debatable claim), and you can therefore study to be an entrepreneur, entrepreneurship is—above all else— a skill that can be cultivated through learning, studying, and creating businesses. I agree when people say, “You can’t learn to be an entrepreneur from a book,” because books alone will not teach you all you need to know. That is why experiential learning must be part of the entrepreneurial development process. It is absolutely critical.
Entrepreneurs are much better off learning by “doing” and meeting mentors who have been down the start-up path and experienced most things themselves. These mentors are invaluable when it comes to learning and making the fewest mistakes as possible. They can give you advice from the journey they forged before you. Learning from the mistakes they made is one of, if not the, greatest opportunities to grow as an entrepreneur.
3. Learning Leadership Skills:
It’s often said that more than half of new businesses fail during the first year. According to the Small Business Association (SBA), this isn’t necessarily true. The SBA states that only 30% of new businesses fail during the first two years of being open, 50% during the first five years, and 66% during the first 10.
The good news? Business majors with a track in entrepreneurship are required to take courses in leadership, problem solving, entrepreneurship creation, and introductory management skills, which heighten their chances of defying those statistics.
Entrepreneurship courses like the one I teach, “Presentation Strategies for Entrepreneurs,” will help you determine whether your business model will be feasible before you put any money into your new venture.
When I truly understood that I was never going to be the smartest person in the room just because I was CEO, I started trusting my expert employees to do what they do best: create and execute. I learned that I was only a teacher that gave them the vision they needed, and then I would turn over the reins. The secret then is to measure and double measure my metrics to help guide my employees. This type of leadership worked well for me. Leading is knowing where you are going and communicating that clearly to those working with you.
4. LOVE what you do:
As I tell my students at the beginning of class and the closing of the semester, “You have to do what you love, because you will spend one third of your life doing it.”
Entrepreneurship is very lonely at the top. It consists of ungodly amounts of worrying, anxiety, time, effort, and much more. If you don’t like being on the edge—living life one day at a time—then entrepreneurship is not for you.
I was an airline pilot for 20 years and hated it! When I created my first company in 1992, built it, and sold it to a larger firm, I knew I was going to be an entrepreneur for the rest of my life. The 25+ years since then as an entrepreneur have been the most exhilarating, educational, and fun years that I’ve had in my entire life.
Teaching entrepreneurship at universities is also filled with a great deal of excitement. Being able to give back what was so freely given to me is the joy of my existence these days.
You must do what you love, or you will be miserable for a long time.
Happy entrepreneuring!😊 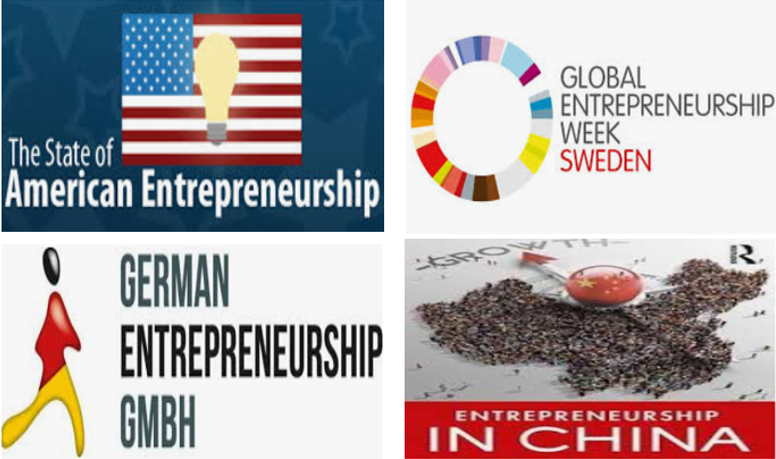 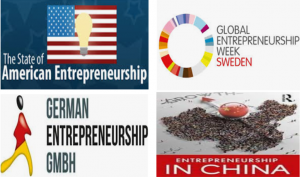 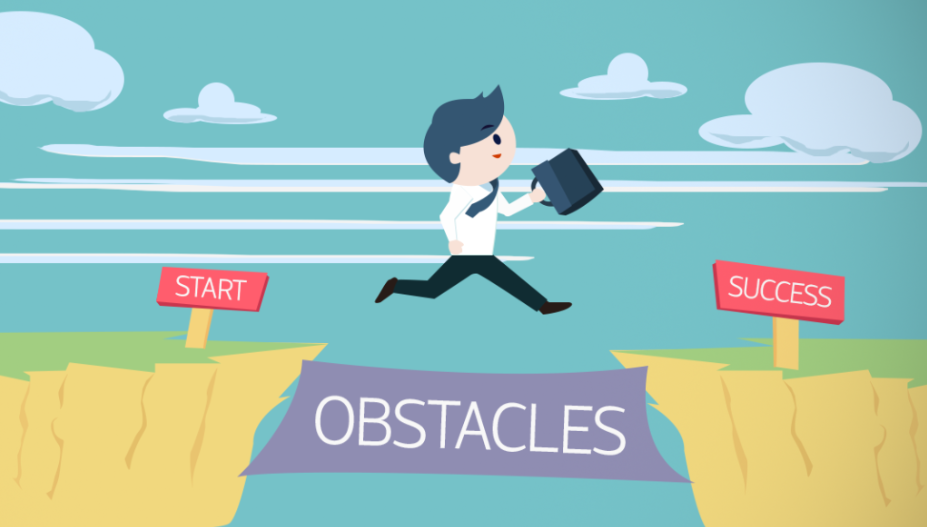 Overcoming Obstacles Is Key for a Successful Entrepreneur

Entrepreneurship is not a sprint, it’s a marathon. Successful entrepreneurs don’t have the expectation of “finishing,” but they understand that it is all about overcoming the next obstacle that presents itself. If you do have the expectation of “finishing,” you won’t continue to push yourself to step outside of your comfort zone enough to grow. Entrepreneurship is like an escalator going down, and you are standing still, observing all the way, as opposed to sprinting right to the bottom. As an entrepreneur, you must keep seeking out the things that truly help your business achieve explosive results, and discovering all those things requires you to stretch yourself beyond your comfort zone.
Becoming a successful entrepreneur means understanding that hard times are when you need to push forward the most. You will have times of unbelievable joy, as well as more than a few setbacks. During the times of joy, you may feel like you can take over the world. It can give you the strength and motivation to continue to put in the long hours that are required to grow your business. During the hard times, negative feelings and emotions can easily take over, and before you know it, you’re feeling sorry for yourself, and things start getting dark very rapidly. This kind of funk is something you must snap out of quickly, or it will take you down. As an entrepreneur, you are at the top, so there are few people to turn to except other entrepreneurs and mentors. Even though it can be extremely difficult to pull through the hard times, it is possible. I want to share with you a few things that I’ve done to help myself during the down times.

1. Overcoming Problems – The only way to get through obstacles is to start by acknowledging that they exist. Your thoughts act as the gateway to your feelings and emotions. There is a very wise Buddhist notion about how what you think about and focus on is what you’ll attract more of into your life. If you believe you are failing, then you will, and it’s over. When you’re dealing with obstacles, your thoughts focus on what you can’t control and why that situation is happening to you. Instead of falling into that negative, cyclical thought process, give yourself a few minutes and take control of your thoughts. Focus on what brings you joy and what you’re grateful for in your life. It’s hard to be down when you’re expressing gratitude. It will amaze you how the right solutions come into fruition when you focus your mind on positive and creative solutions.

2. Embrace Change – Growing a business is not easy, or the world would consist of more than just 3% of entrepreneurs. Life is messy, and change can be uncomfortable, yet change is absolutely essential for entrepreneurs. There are always going to be things you can’t, and shouldn’t, try to control. There are, however, things that pop up that you can do something about, and situations that you can exercise some control over. For example, if your marketing plan no longer works, adjust it, and if sales are down, go back to what worked and make small adjustments. Or, if an employee is causing more trouble than he/she is worth, remove them immediately before they influence the others. Create a plan that will help you get on the path to recovery. There are things you can fix in your business no matter what is happening. First, identify what the problem is, then, do something about it. Focus on results.

3. Get a Mentor – Some obstacles feel like they are more than you can handle. Seeking counsel and support can be the difference between getting through crises or failing. Don’t try to be the super hero—seek help! One of the best things you can do is make decisions that help you recover, and seeking help is one of those decisions. Talking and planning with someone who understands your situation and has experience making it through a crisis is indispensable.

4. Make an Action Plan – Make decisions that are action-based. If you are contemplating a decision that will push you toward an action to help your business, make the decision! I’ve found that one of the best ways to recover from difficult situations is to take massive, laser-like action. Taking action regarding the things you can control will give you progress, confidence, and results. As you consistently take action, you’ll be closer to your goal before you know it.
I’ve found that obstacles always become my most productive learning moments, and they don’t have to be business breakers. I have learned from each failure, and have used them to make myself a stronger and wiser entrepreneur. I’ve seen how the most successful entrepreneurs understand that it’s not the crisis or failure, but the response to that crisis or failure, that determines how successful you’ll be. Stay strong, process your thoughts, create a plan, and then take action. It will get you through a crisis every time!